Title: A Year of Wednesdays 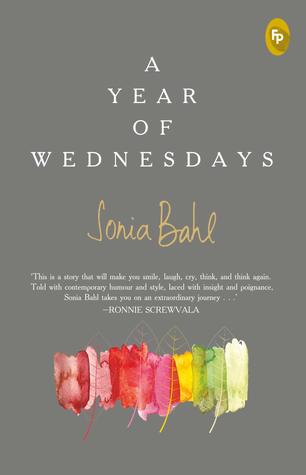 A flight from New Delhi to new York. Two strangers, seat 7A and seat 7B, who have nothing in common. Absolutely nothing. Except they are both hoping the seat next to theirs remains empty. It doesn’t. Mid-flight turbulence and infant incontinence forces them to interact—the cool wall Street guy and the mom-with-the-drool-stained-sweater-and-ordinary-aspirations. Blistering wit, opposing views, and some unexpectedly poignant admissions keep them addictive engaged and hopelessly sleep deprived through the fifteen-hour journey. Touch down… And they leave the cabin without a backward Glance, jumping right back into their dramatically different lives. Never to meet again. But somehow they continue to travel together—interlocked forever through an inexplicable connectedness. Can one meeting change everything forever? The Japanese have a term for it: ichi-go ichi-e. One time, one encounter, lasts a lifetime.

The story starts with describing the strange encounter of two extremely different people who happens to be seated together by chance. They both were poles apart but there was only one thing in common between them, ‘they both wanted their neighbour seats to be empty’. Seat 7A is a mother of two and is accompanied in the flight by her youngest. She is women who love fantasy, who loves romance, who loves rain, who calls coffee an Aretha Franklin’s song but drinks only tea, she is hard to understand just like every other woman is. lol

Seat 7B is the complete opposite of her. He is practical, get-rich-at-any-cost-type person, who is a wealth-aggregating algorithm because he works at Wall Street, New York.

This flight from New Delhi to New York turns out to be the journey that would leave an everlasting impact in both of their lives because they talked more in under 15-hours than most people do in 15 months.

But the flight will become the only encounter they will have and after that, they will head towards their own ways. But as they say in Japanese: Ichi-go-Ichi-e. One time, one encounter, lasts a lifetime.

I found the story to be unique as I haven’t read such a story plot before. I felt more like I was reading Journals of two people who do not meet each other often or not even once in a while but somehow can’t stay apart from each other in their thoughts.

The writer has a very contemporary style of writing and I felt really nice reading some of the present day things happening around like climate change, the wall being built by Mr.President (you know who!), Kim-Jong-un, Paul Walker😍❤ and a lot more.

The book had Humour, Sarcasm, Philosophy(to a huge extent), romance (somewhere a little), Wit & Intelligence and of course an ending that will touch your heart forever.

Although the only thing I did not like about the book was that sometimes I felt a little lost and could not connect myself in some of the chapters.

It was a great read otherwise and very nicely presented and narrated story plot. I would end my review by the lines of the book I loved the most:

If the plan doesn’t work, change the plan but never the goal. The goal doesn’t change.”

Born and raised in Kolkata, Sonia has lived and worked in Chennai, Mumbai, Delhi, Jakarta, Miami, Brussels, Johannesburg and Singapore. With home being everywhere and nowhere, her belief in the power of the moment became a religion. An affirmation that unexpected and undeniable human connections are everything. Meanwhile, on the work front, she spent a huge chunk of her life, her days, and sleepless nights, in advertising—writing ads for all things from coffee and cars to condoms and candy—while dreaming of morphing 30-second commercials to full-length feature films. Not surprisingly, she threw caution, and her full-time job as a Creative Director to the winds and embarked on a riveting, rejection-filled screenwriting journey in the US. Finally, her day job entails writing movies! In a recent, delightful plot twist, her debut novel, The Spectacular Miss, was optioned by a leading Bollywood studio and she was commissioned to write the screenplay.

Sonia writes and re-writes in Singapore where she lives with her menagerie: gorgeous itinerant daughter, honorary proofreader husband, and her made-for-the-movies golden retriever, Ari Gold.

Connect with the Author: 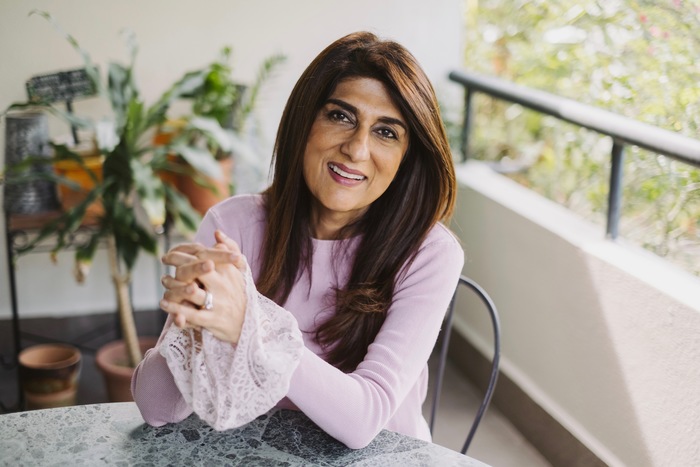 IN CONVERSATION WITH SIMANT VERMA #INTERVIEWSERIES #INDIANBOOKBLOGGER @FLIPPING THROUGH THE PAGES📄📖

Do you believe that being ignored is so much more liberating? What are your thoughts on the book, do share with them in the comments below. I would love to read them!