I, Black Pharaoh: Rise to Power By Emmanuel Kulu Jr. 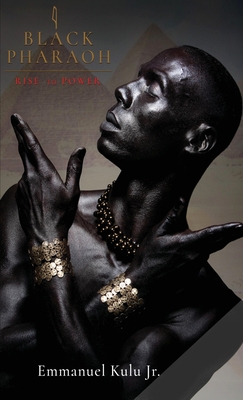 This written Masterpiece brings light to the accurate imagery of African kings never seen before by the western world! The ancient Egyptians before the coming of Greeks and later Romans were, African people. The novel is a powerful mythological story based on the Historical Life of the expansionist Warrior “King Thutmose III”, who is also called the “Napoleon of Egypt.”

A prophecy is given to the sorcerer by way of dream, about a coming birth of a child that would become a mighty conqueror of nations. But his birth, would be darkened with betrayal, deceit and eminent death to the Royal throne.

A mythological saga based on true events. The book will let out about the history of Egypt, in a very different manner.

The tale begins in the 18th dynasty in the reign of Thutmose the second who was married to his elder half-sister Queen Hatshepsut.

Thutmose the second secretly loved Iset who was a Nubian maidservant. Queen Hatshepsut was doubtful about that and could not put up with it since she was pregnant with the King’s child.

It has been foretold that the king’s son will take Kemet (as ancient Egypt was called) to bigger altitudes but Queen Hatshepsut always delivered stillborn children. They weren’t sure if she would be able to give the king the prophesied Son, the Black Pharaoh.

Amid all this, Iset is whipped hardly by the Queen for being a concubine of the King and is sent back to Nubia. The king’s health declines badly and he is murdered by slow poisoning.

Will the prophecy really turn out to be real?

And if it does, who bears the child if not Queen Hatshepsut?

The biggest question is, who is the conspirator behind the king’s death?

MY TAKE ON THE BOOK:

The book has been split into 3 parts and that was helpful in associating with the novel. It has been penned in a very relaxed rhythm.

I completely liked it because I have been wishing to read about Egypt and it’s mythical tales for a long time and this book gave me a quite fine idea about the Pharaohs and their times.

I once read about King Tutankhamun and I was very much inclined towards Egyptian culture since then.

I would say anybody will like this book because of the story and the writing method which keeps you hooked up.

It’s full of collusions, clash, a speck of romance between the royal couples, the achievement of so many people, and intense discipline of those times.

It was so nice to read this book.

Emmanuel Kulu Jr. is an African American author, writer of Cameroonian Descent. His fathyer Emmanuel Kulu Sr. A career engineer and mother Betty Kulu, a carrer MD History educator. As a career social Worker, Kulu also had a deep passion for history and creative arts. He set his heart on ancient Egypt as his IST project as an author.

CONNCET WITH THE AUTHOR: