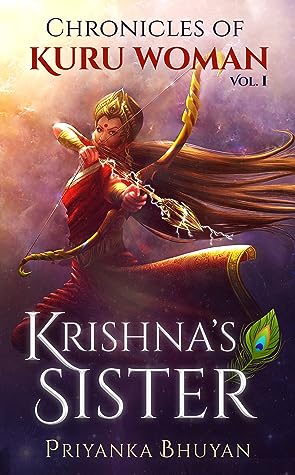 This is the story of a woman who had everything yet who lost everything and rose when everyone gave up to finally lead the empire of Bharatvarsha. For the first time, take a sneak peak into the life of the sister of the God who shaped Mahabharata to become the progenitor of the Kuru race after everything was reduced to nothing in the battle of Kurushetra.
Krishna’s sister is a mythological fiction of the life and story of Princess Subhadra in the backdrop of the great Mahabharat war and the sacrifice and pain that she went through. It also explores the relationship she shared with her brother and mentor Lord Krishna as well as her husband Arjuna and co-wife Draupadi. Subhadra is also worshipped as a deity in the Jagannath Puri, one of the holiest shrines in India.

🌟Krishna’s sister, Arjun’s wife, and Abhimanyu’s mother, yet so less unwritten of. This is a book that says the saga of Mahabharata from Subhadra’s eyes.

🌟Subhadra was a Warrior Princess of Dwaraka. She always wanted to have a joyous family and an affectionate husband. Indeed she got one. Married in the Kuru Clan of Bharatvarsha, little did she realized what destiny has decided for her.

🌟Foremost, the separation of 13 years from her husband, raising her son single-handedly, and then the havocs that war bought to her life. She stood the test of time heroically for her brother Krishna always told her, she was made for a special purpose and Subhadra was a part of him.

🌟She saw the doom of Kauravas, the end of her own family at Dwarka, and moving away from the Pandavas for heaven. She was the only one left to build the Kingdom with her grandson.

✨The book though, fast-paced because it was more on Subhdra than the epic Mahabharata but I so much liked it because it utters of a woman about whom I know so little and I guess everyone else too.

✨I really recognize the author for putting this entire epic from her viewpoint. I guessed, it will tell the old told story but to my surprise, there were so many things I didn’t know about until I read the book.

✨I am a mythology fan. However, people doubt if these things actually occurred but these stories always teach you some greatest life lessons. 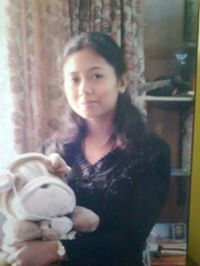 Corporate Communication professional, an avid travel blogger, foodie and movie buff all rolled into one Priyanka Bhuyan has been doing freelancing since her college days. Her debut book-Kaleidoscope of Love, a collection of short stories is on the varied emotions of love was published in the year 2019 and was adjudged among the top 100 debut authors by Literature Light. She hails from the beautiful green state of Assam and Guwahati is where she calls her home. Currently in a workaholic phase, she has her parents, brother and her dog as her family. For more info you can follow her blog girlsliketotravel.com

✨"The truth is that which works"
🎧Can you feel the beat?
😎You cannot give me any advice!
🌺"Don't grieve. Anything you lose comes around in another form"🌺
✨/Focus on what you have,
✨"Mediocrity has allowed me to float by without too much pressure or judgement. Being mediocre at school is great. No one bothers you! No one even looks at you."