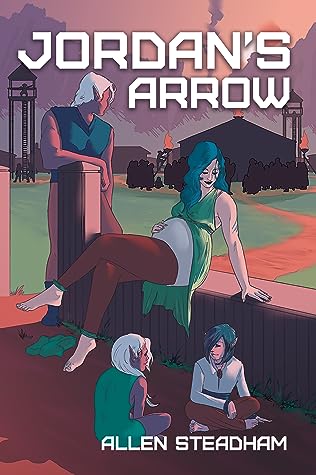 War has come to Algoran. The Gulstaa nation is determined to expand their territory with merciless resolve. Their end goal is revenge for a past defeat-they want to conquer the Mountain Mokta and anyone else in their way.

Jordan SnowFire is now the Mokta Chieftess. She has the daunting task of stopping a conflict she never asked for. Will she seek the wisdom of God or the wisdom of her tribe? What impact will the blood of SnowFire flowing through her veins have on the way she conducts this war? How far will she go to protect her family and the Mokta people?

Meanwhile, Erica Melendez finds herself trapped in the middle of the hostilities. Tragedy forces her away from the Ullvarr village and into circumstances she never imagined when she came to this world. Can she survive long enough to be reunited with Jordan?

Loyalties are tested. Decisions are made. And Algoran will never be the same after Jordan’s Arrow finds its target.

“I do not have the luxury of grieving over my actions right now. Too many people need me.”

Jordon an earthling was kidnapped and bought to Algoran, survived many attacks, was chosen by the Snowfire herself, chooses to live on Algoran and begin life with her mate. She gives birth to a boy named Arrow and cultivates her family.

But she is fated to do more. She was protected by the goddess of mountains, and that transformed her totally. She is now being drilled to be the next chieftess of the Mokta people.

But she isn’t yet willing to take such a big position and her tribe is attacked by the Gulstaa people who have been slaughtering the entire villages and now reaching Mokta. .
It’s time for new alliances and oddities.

MY TAKE ON THE BOOK

🗨️Since this is the sequel to the first book and I really loved the way Jordon’s character has evolved and unfolded.

🗨️Deathwingers were my favourite creature in the book. Also, the bend that the story takes in terms of Arrow was really surprising and I am eager to know his role in the coming part.

🗨️After the enormous war finishes up, Jordon begins to bring peace realizing that war is never a solution and I really liked that being a strong chieftess who can erode all tribes single yet she talks of truce and agrees to never go into war again.

🗨️Across-the-board, I enjoyed the book and was able to read it faster than the first part due to my curiosity.

The 3rd part in the series is out and I can’t wait to read it super soon. 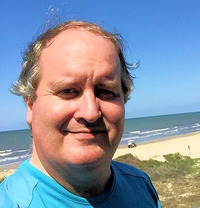 Allen Steadham created comic books and webcomics before he started writing novels. He has been married to his wife, Angel, since 1995 and they have two sons and a daughter. When not writing stories, Allen and his wife are singers, songwriters and musicians. They have been in a Christian band together since 1997. They live in Central Texas.