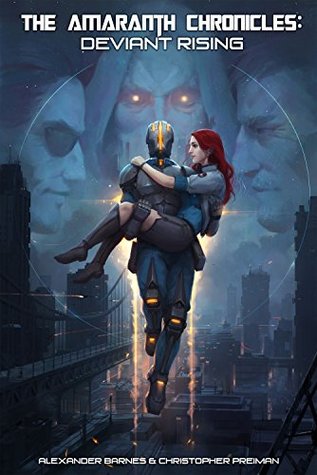 The Helix was created to revolutionize the way we communicate. But even the purest of intentions can spawn terrible evil.

This wasn’t what Lithia had in mind when she decided to run away from home. Her ship was not meant to carry a fugitive wanted in two galaxies, or the stowaways running from a war that wasn’t hers. She just wanted to live a quiet, peaceful life alongside her brother. But now she knows too much about The Helix, the secret hidden deep within it, and what it would mean for all humankind if she walked away.

“Gods don’t always get what they want. Gods just have a way of getting what they need.”

United Planet of Earth(UPE), has held strife colony by the throat. Captain Xander Pacius is heading the crew of the Deviant Rising ship towards the star which could lead them to another galaxy accompanied by Sara Rim, the lieutenant.
UPE has tried to assault their freedom by using the technology of Helix. Helix is small but deceptively simple earring which holds more computing powers than all the computers built in the last century. Helix technology is being linked unknowingly and against will, which is the loss of freedom and humanity.
Most of the people feel that making this type of technology mandatory is an invasion of their privacy, alienation of their rights. It’s this type of thing that caused the protest.
What happens after Captain Pacius and team dump helix at the Epsilon gate?
The UPE for many years considered the frontiers as nothing more than an indentured labour force.
When they dump the helix, they are counterattacked by the Enigma’s Captian Shard. Sara rim is all burnt and captain Xander Pacius is also under unrecognisable condition. But Cade is sure that he is Pacius.
Meanwhile, Lithia, who has been living in California after leaving Venus after she lost her parents is headed on a mission without having little idea that she has been transporting a fugitive.
But the fugitive is carrying the biggest scandal ever done to mankind.
After reviewing the first two parts I was very curious to know about the Helix and other secrets. Although the book is a Sci-fi set in future, I could feel links to a lot of happenings in today’s time. The biggest one: Right to privacy. Completely loved the storyline, the detailing and the unique concepts inside.
It had some mind-boggling lines which I loved so much that I jotted them down. I feel the book would be a really adventurous movie. Recommended.

GETTING YOUR FIRST BOOK PUBLISHED IS A HERCULEAN EFFORT AND GETTING PEOPLE TO SIT DOWN AND READ AN EARLY MANUSCRIPT IS ONE OF THE MOST CHALLENGING PARTS. IN THE HOPES OF PROVIDING A VISION, SOME EYE CANDY, ALEX AND CHRIS COMMISSIONED A SERIES OF EARLY ART PIECES TO HELP VISUALLY EXPRESS THEIR CHARACTER AND STORY ELEMENTS. THIS IS HOW THE ENTIRE SERIES CAME INTO EXISTENCE. 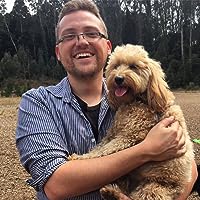 THE BEST PSYCHOLOGICAL MYSTERY THRILLER OF JANUARY 2020: THE CAT HUNTER BY KRISHNA AHIR