A FISTFUL OF MUSTARD SEEDS BY E. SANTHOSH KUMAR (TRANSLATED FROM MALAYALAM)

TITLE: A Fistful of Mustard Seeds

These 12 stories, originally written and published in Malayalam over a period of almost two decades, represent different phases in E. Santhosh Kumar’s writing career spanning a quarter of a century. Hence the themes are different, though there are undercurrents that connect them like a blood stream. As the author says, ‘working on a story is like working on a life, a set of characters around the geography where they live … while writing stories at least, writers do play God, in their little way.

A Fistful of Mustard Seeds explores moral dilemmas, personal traumas and delves into the dark recesses of the soul. These insightful and deeply moving stories illuminate the elevations and abysses of the human condition. Sensitive, thought-provoking and perceptive, each story is a vignette into a different realm of emotional experience.

A fistful of mustard seeds is a compilation of 12 stories which have been initially written in Malayalam and translated by P. N. VENUGOPAL

These tales vary in their context and composition. Revolving throughout normal people and their existences, they will put you into notions of ethics and crises of a man’s life. .

Each story will put you up to an unusual place and the one I liked the most was Hills, Stars. It truly had an impact on my emotions.
Stories like My father was a Thief will bring you into the lives of people who are not analyzed enough. .

I felt the book has been deciphered really well and after this, I would really read more of translated work. .
Written in a very easy language for anyone to read and grab the essence of them. They will catch your interest till the very end and will put you wondering about right and wrong which will spark your soul many times.

The stories to be exact are straightforward yet impactful. Someone who loves short stories will surely love these ordinary and moving tales. . 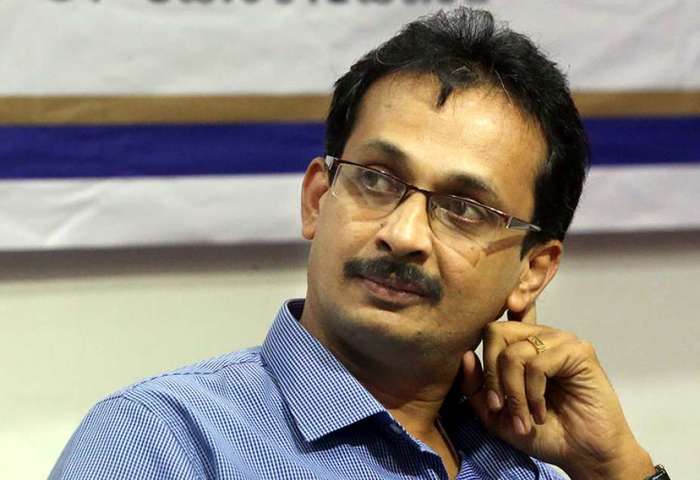 E Santhosh Kumar is one of the leading contemporary Malayalam writers. He has won numerous awards, including that of Kerala Sahithya Academy, Andhakaranazhi, published in 2012 and recipient of 2012 Kerala Sahitya Akademy award for best novel, is considered as one of his best. E. Santhosh Kumar was born in 1969 in Pattikkadu, Kerala. He studied in Government High School, Pattikkadu, Sree Kerala Varma College, Thrissur and St. Thomas College, Thrissur. He works with National Insurance Company. His contributions has largely been in novel and short story. Galapagos, which was later published as a collection, was his first published short story. He won his first Kerala Sahitya Akademy award in 2006 for “Chavukali”, a collection of short stories. This was followed up with an award for the best children’s novel “Kakkara desathe urumbukal” instituted by Kerala State Children’s literature Institute in 2011. In 2012, he won the prestigious Kerala Sahitya Akademy award for best novel for Andhakaranazhi.

All You Need To Know About Bury Me Where They Fall Book By Jonathan Watts: BOOK REVIEW